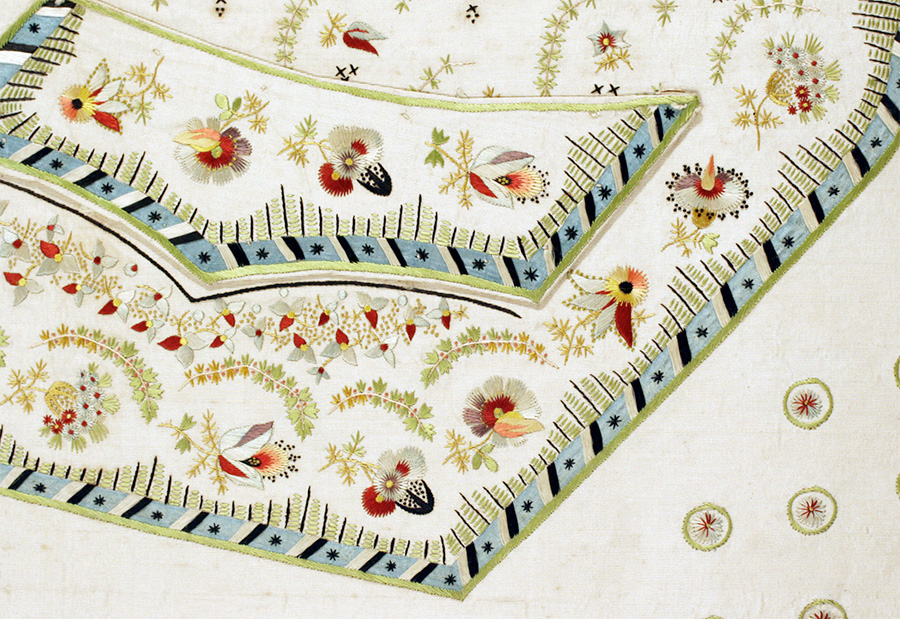 Milly Westbrook is a British student, specializing in the History of fashion. She wrote this little article which sheds some lights into the importance both social and financial of fine embroidery, and the risks this love could mean! 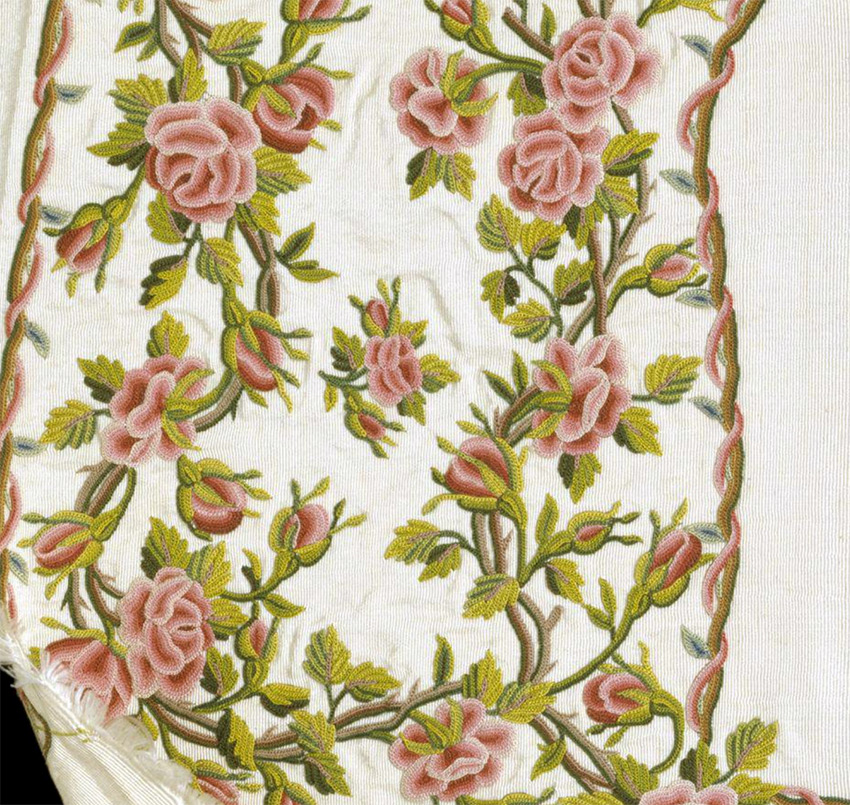 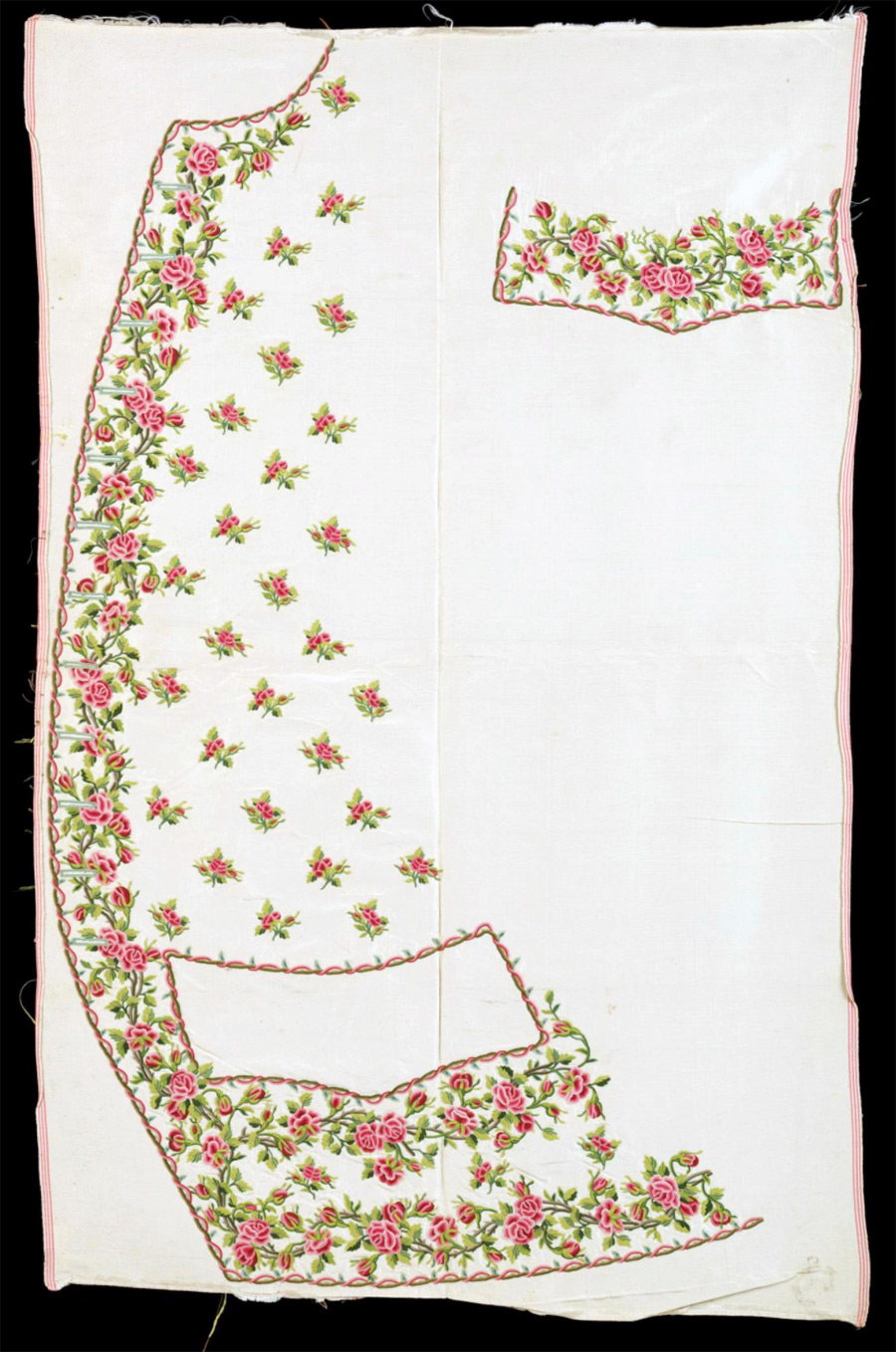 Luxurious silks with fine hand embroidered waistcoat panels crop up frequently in fashion collections. Mainly with a French origin, these pieces are seemingly inconspicuous however, it is the prevalence of these pieces that begs the question, why are there so many examples of these uncut embroidered waistcoat panels? The truth, it turns out, lies within the mercantile system of 18th Century England. A 1750-1759 example of such a delicately embroidered panel found in the Victoria and Albert Museum, London (Fig.1) provides the first clue as to these panels’ provenance. In the bottom corner a stamp can be seen reading, “Seized Dover, GR II” this means the piece had been seized by British customs during the reign of George II (1727–60). The piece was being smuggled from France in order to evade the high taxes on imported silk, lace and other textiles. 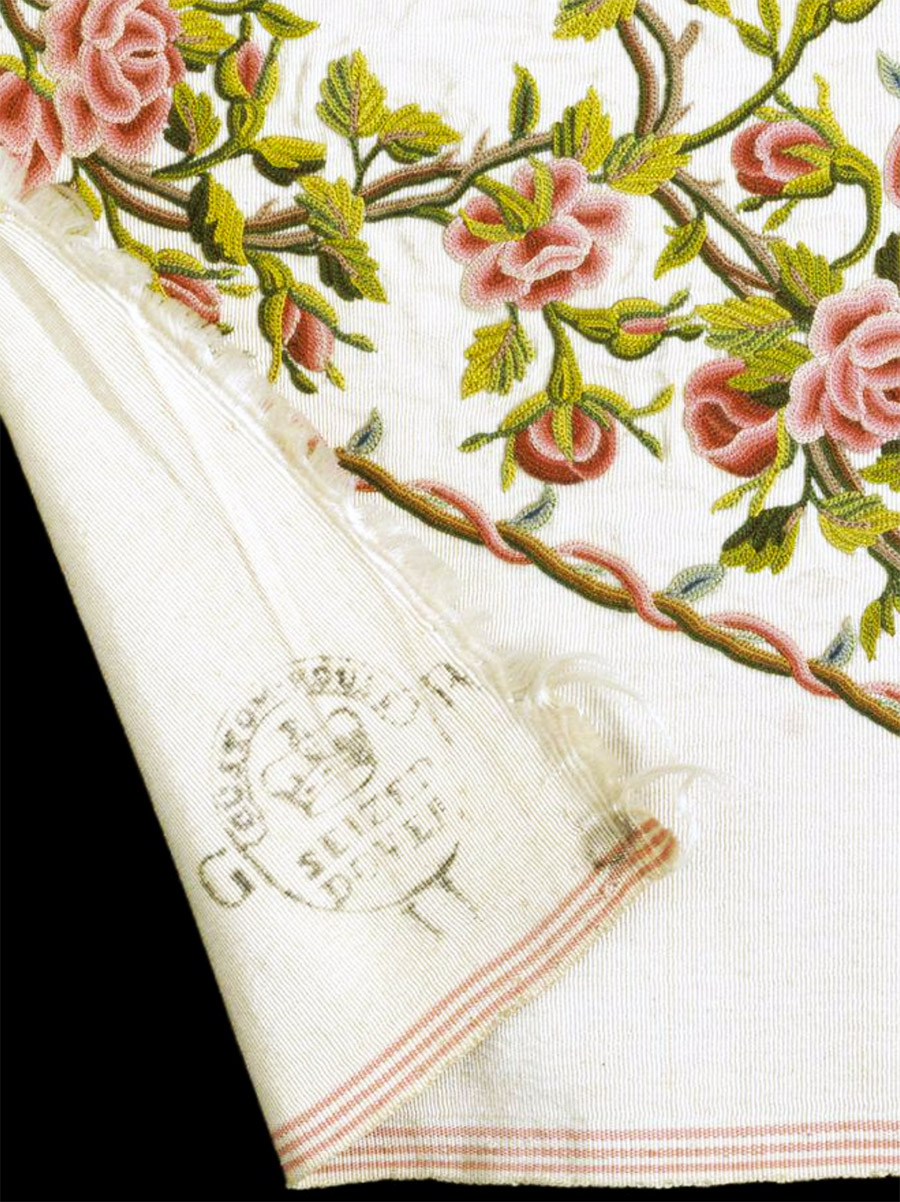 High taxes were introduced by the British government throughout the 18th Century. By 1749, all imports of foreign gold and silver lace were prohibited and all foreign silk fabrics and velvet, were banned in 1765. The purpose of such strict tax rates aimed to protect British industry, cutting off foreign competition. British silk making industries such as Spitalfields became the main source of acquisition within Britain boosting and stabilising the economy. Despite the economic efforts of the government, the demand for the superior French craftmanship prevailed and the smuggling of French silk became a lucrative business.

Figure 2 – Waistcoat panel, 1780–85, French, Silk, C.I.62.30 © Metropolitan Museum of Art
Here we have satin stitches made with flat threads of silk and even the buttons where embroidered… 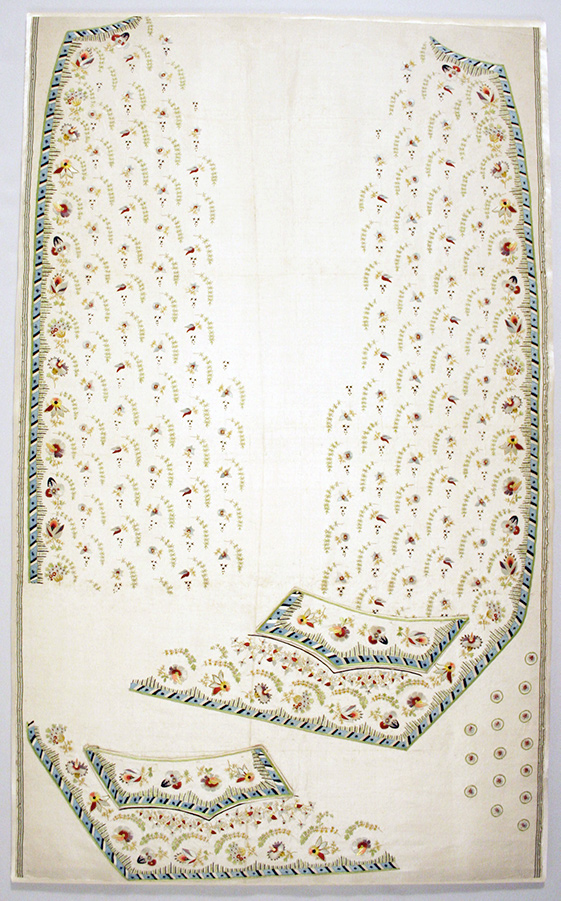 It wasn’t just the fine quality French silk desired by wealthy Britons but also the fine needlework of French embroiderers. As a result, richly embroidered waistcoat panels demonstrating the cutting-edge of French design became a valuable commodity, worth the risk of persecution for the smuggler. If the panel was successfully smuggled into England it would then be bought by a wealthy English gentleman for a cheaper price than a legitimate import. The piece would then be cut and made up by A tailor to become a particularly desirable fashion.

A particularly elaborately embroidered example of an uncut panel resides in the Cooper Hewitt collection, exemplifying some of the common themes and motifs of the time represented in stich. This panel (Fig 3) from 1780–95 features a border of floral foliage surrounding three playful monkeys playing instruments alongside bottles of Caribbean rum. Such Orientalist themes where hugely popular at this time of British and French colonialism and expansion. The gradating light and shade of each element highlights the fine and laborious hand embroidery of the French artisan.

The legacy of the taxes put on French textiles in the 18th Century can be seen today with the large quantity of seized waistcoat panels, highlighting the desperation for French fashions in England and as a result the need to regulate imports for the sake of the internal economy. Through the seizure of the smuggled goods the hours of labour taken to embroider such a piece ultimately went unfulfilled, never to be made up into a final garment. It does however lead to an interesting perspective on the extant examples of completed, embroidered waistcoats from this time, was the embroidered silk used for these garments smuggled illegally?
And one finale question: how and why such contrabands, which were supposed to have been burned, have survived to the point of finding themselves in prestigious museums? 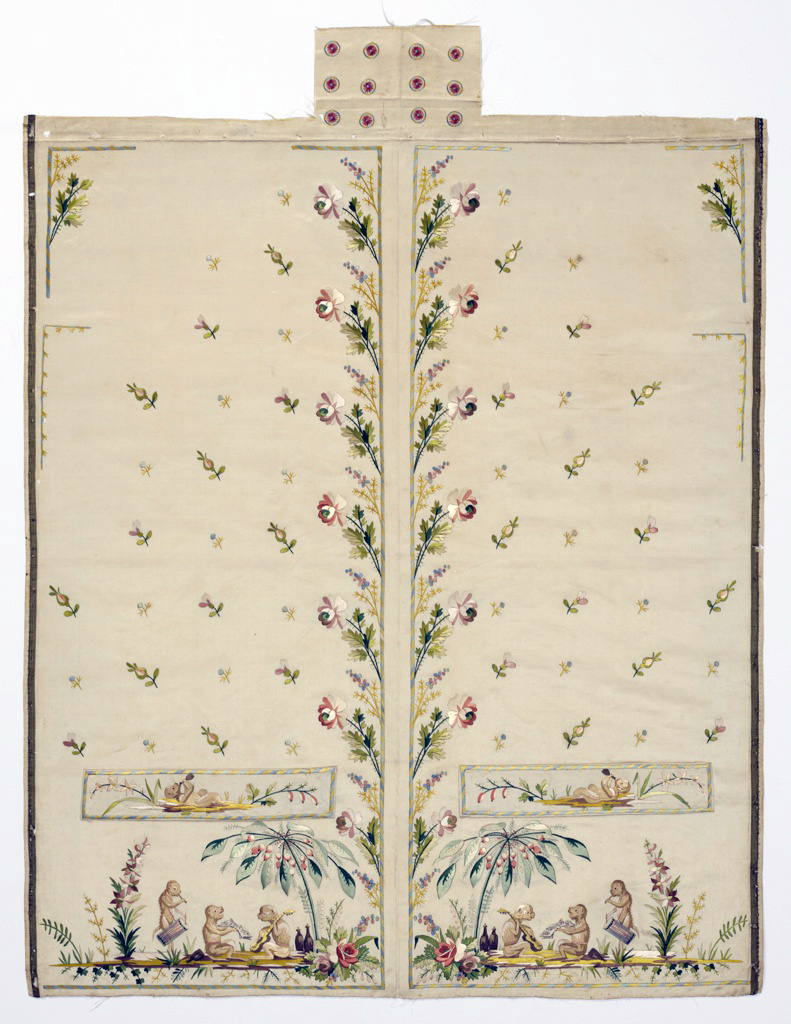