The center of the Reunion Island (Indian Ocean) is made up of large cirques which have long been cut off from the rest of the country. The road to Cilaos was not built until 1932. Before that, the village could only be reached on foot via steep and dangerous paths. This remoteness allowed the development of a unique embroidery style: Cilaos embroidery.

Angèle Mac Auliffe was born in 1877 in the Salazie cirque. Her father, a doctor, moved to the neighboring cirque (Cilaos) in 1897. His daughter followed him. Angèle received a careful education especially for needlework. With the Encyclopedia of Ladies’ Works (1884) by Hélène de Dillmont, she was able to sew and embroider her trousseau.
In Cilaos she opened an embroidery workshop for the young girls of the place in order for them to earn a better living. 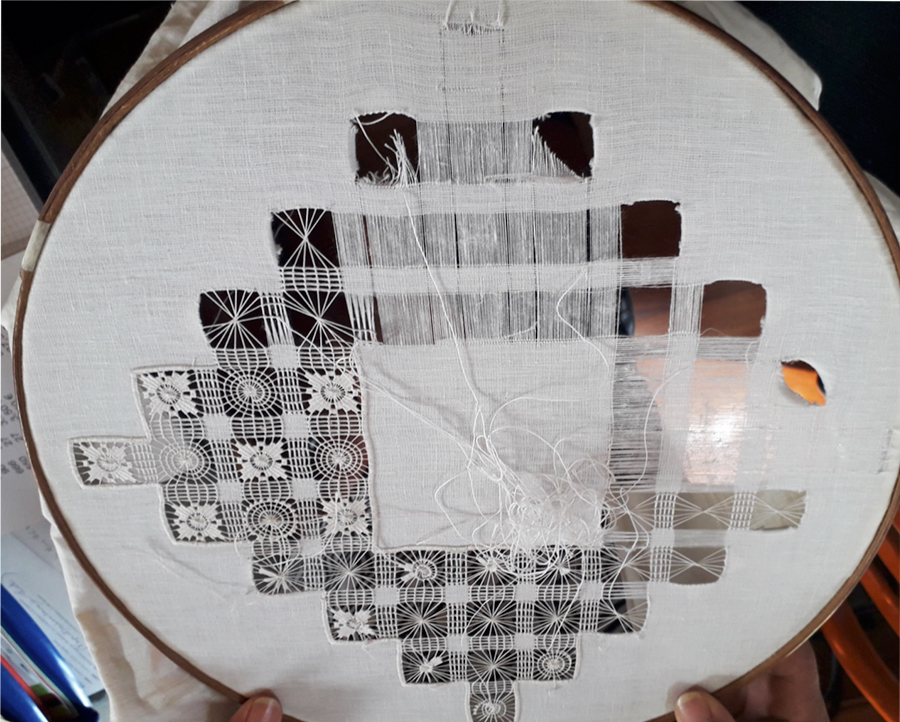 Angèle was inspired by the embroidery of Tenerife. This was done on a loom, then sewn to the fabric to be decorated. Angèle decided to embroider her drawn threads works directly on a linen canvas, a bit like the Norwegian Hardanger. But the embroidery of Cilaos stands out by going beyond the strict diagram of the weft thread / warp thread. The embroiderer can add (we say “throw”) threads, which allows her to create all kinds of patterns. The rich and varied nature of the island offers a magnificent source of inspiration. 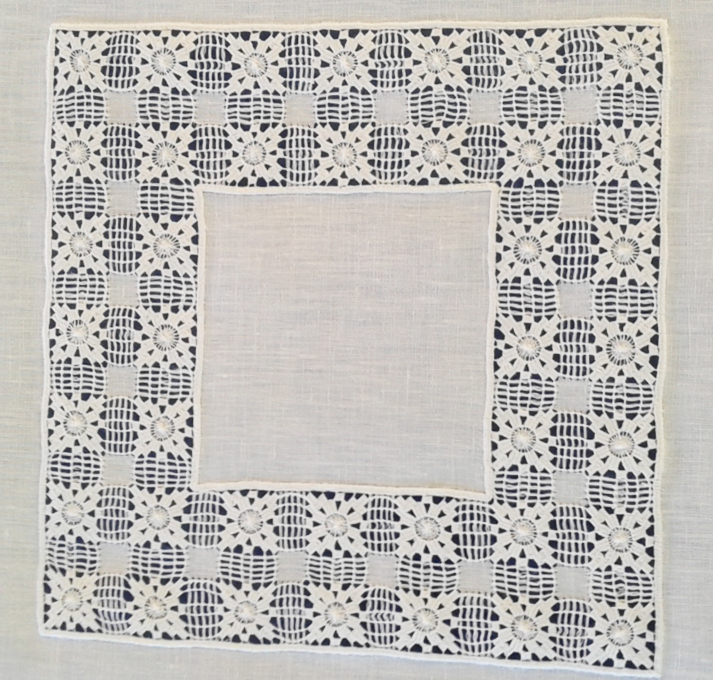 On a linen canvas, we draw the threads which allow to materialize the contours of the drawing. Then we throw some threads across this space. Everything is fixed by a blanket stitch on the edges. The pattern is always started in the center. The threads used are above all DMC 50 or 100, depending on the fabric and the pattern. 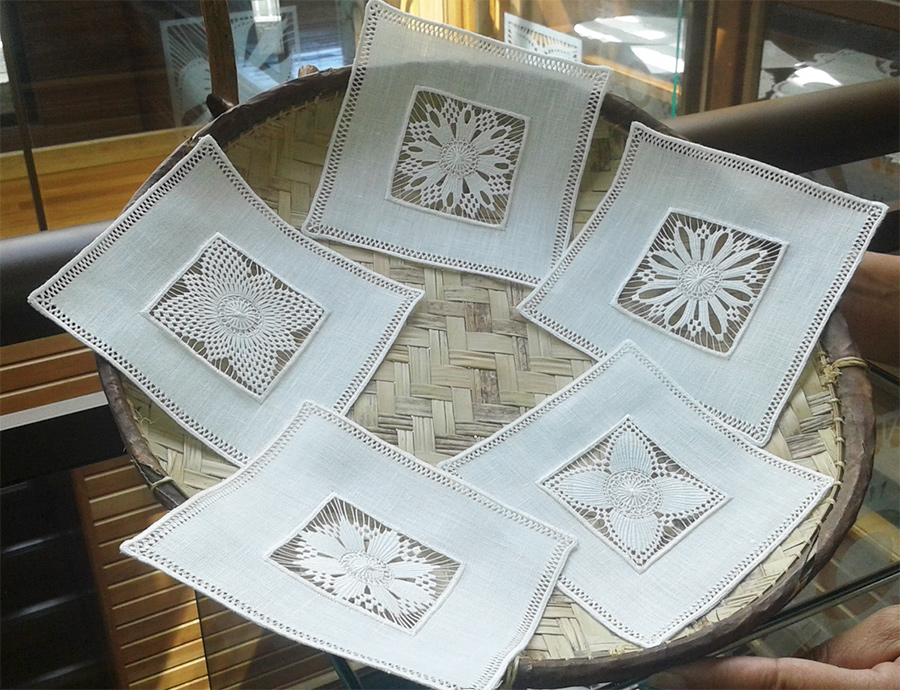 There are 48 patterns, all coming from the plant or animal domain: the chrysanthemum, the dahlia, the lily of St. Joseph, the coffee flower, the grenadine, the phaeton or Straw Tail (a sea bird, emblem of the island), etc.
Only one of these patterns, in a 5 cm square represents a working day for a confirmed embroiderer.
This embroidery is mainly used to decorate household linen, but can also be chosen for clothing and even christening gowns.

To safeguard this know-how, the city of Cilaos created the Maison de la Broderie (House of Embroidery). Every day, embroiderers (including two Meilleur Ouvrier de France – or Best Craftsman of France) work there to show visitors their techniques and teach it to them during training days.

After Angèle’s death, at the age of 31, the workshop was taken over by the Sisters of St Joseph de Cluny. Among them, Sister Anastasie, from a local peasant family, stands out for her skills as an embroiderer. She will train more than 200 young girls in this delicate art. She also received a gold medal in the Meilleur Ouvrier de France competition (Best Craftsman of France), in the Whitework category. Today there are around 30 embroiderers in Cilaos who, like Angèle, do not hesitate to innovate and add color to this famous white embroidery.